Camp management woke up on Sunday morning to find that a watebuck which had been killed overnight by lion and presumably  hyena! 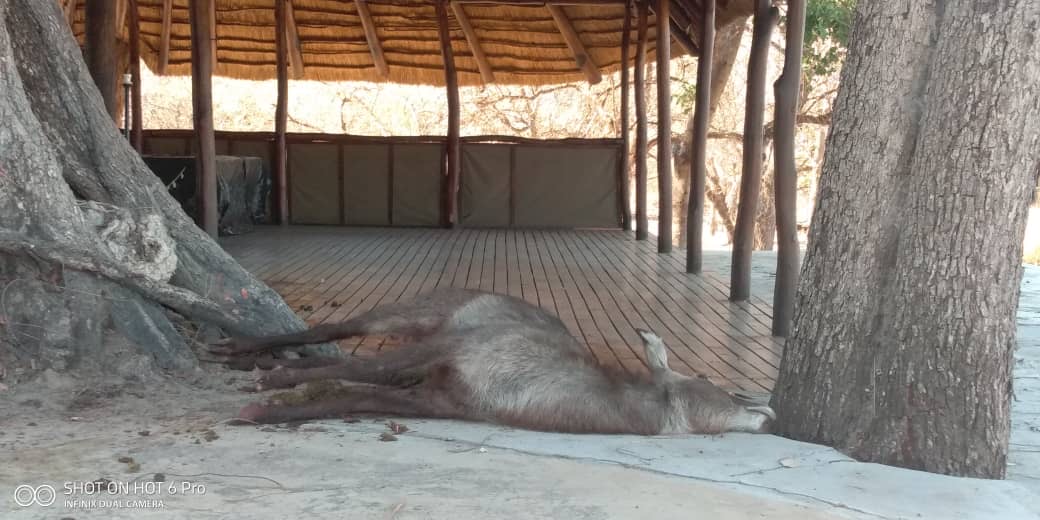 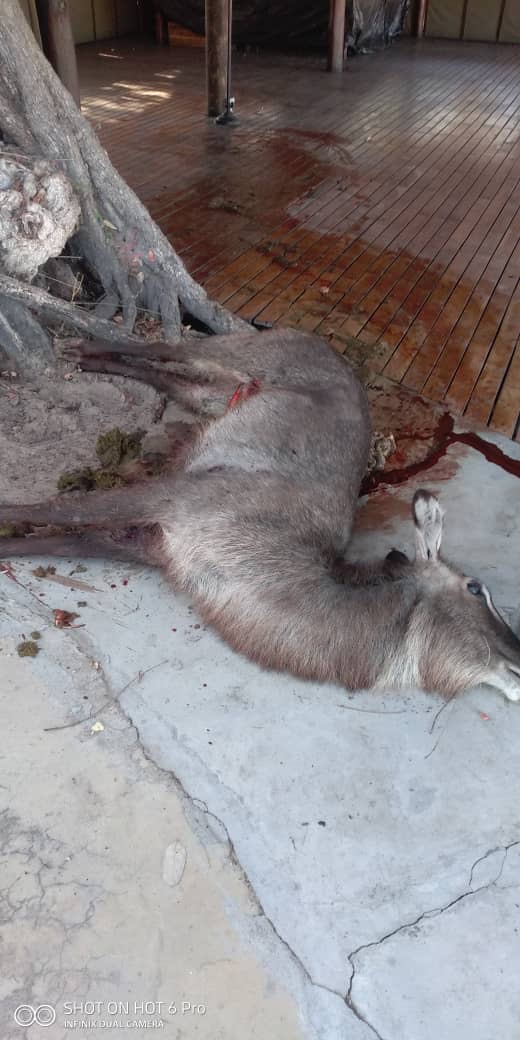 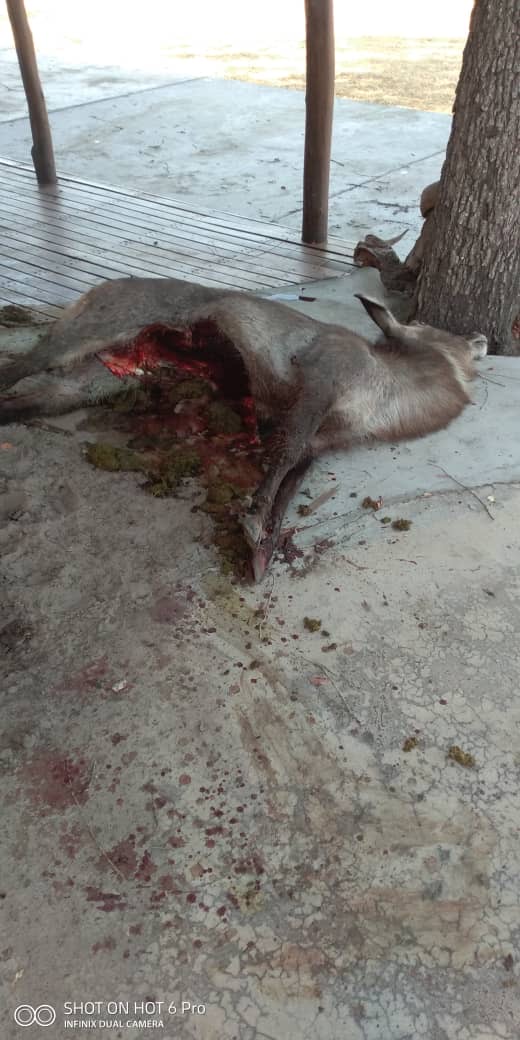 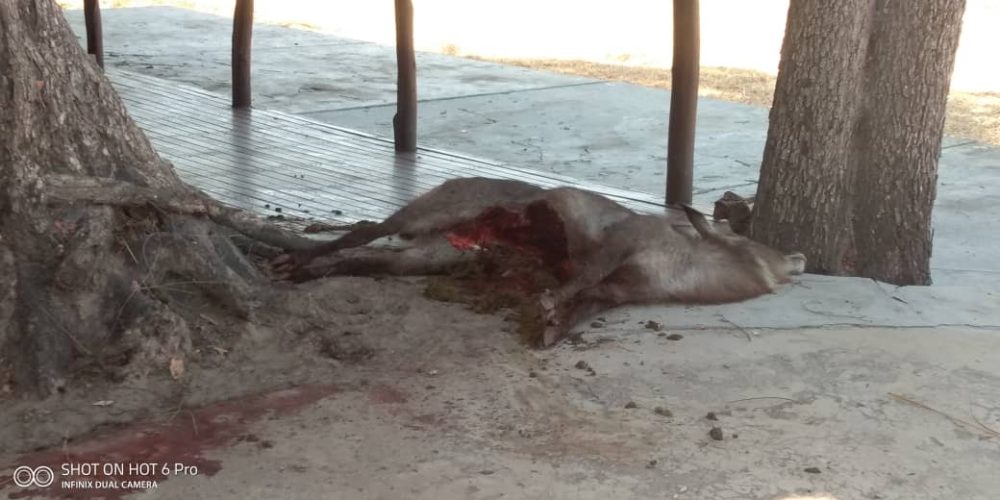 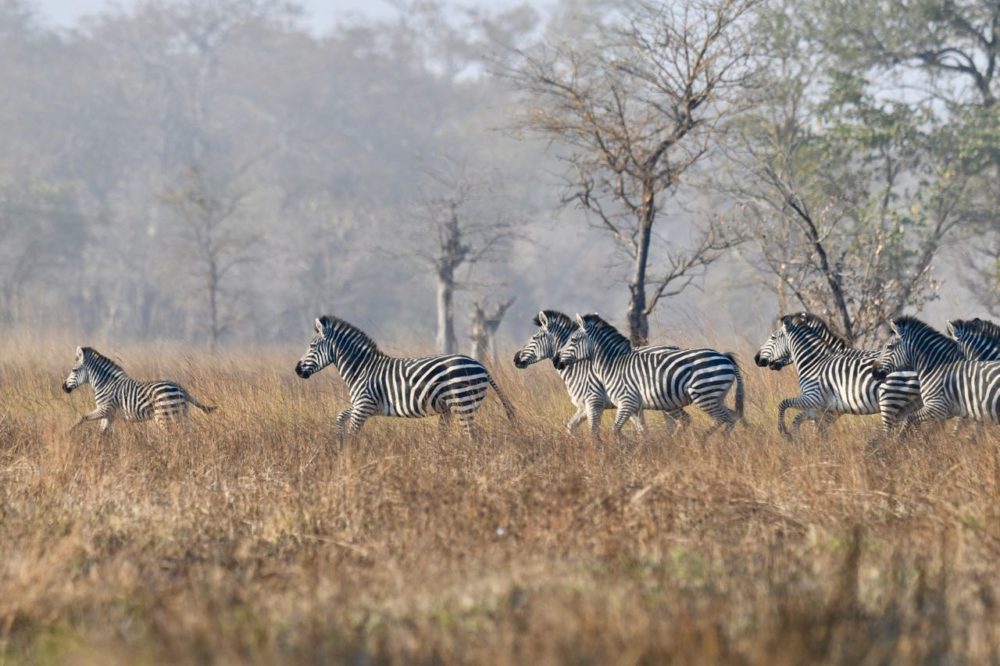 Gateway into the Southern Kafue

The ability to link up Livingstone with the Southern Kafue using Nanzhila Safaris’ Plains Camp has allowed safari enthusiasts to combine the Victoria Falls and a safari experience in a smoother way than any other safari region in Zambia.

However, as we enter the final stages of getting our new Lake Camp ready to open in July, it means that more of the 3000 square kilometre region known as the Southern Kafue is soon to be available for safari lovers heading south through the Kafue from Lusaka to Livingstone or enjoying a safari in the Kafue after having spent a few nights in the Falls.

What this means for safari goers?

The expansion of Nanzhila Safaris to offer PLAINS and LAKE CAMP is going to mean the following for people interested in Zambian and Kafue safaris:

1. A combination of the wide open plains and verdant shorelines around Lake Itezhi-tezhi is going to offer an all round Southern Kafue wildlife experience.

2. The water dependant mega herbivores like hippo, elephant and buffalo around the lake shorelines will complement the staggering grassland and antelope species common on the plains with the big cat sightings being consistent from both camps.

3. Better access – with the Livingstone to Dundumwezi gate road a mere 3 hours, the development of Lake Camp and improved road to Itezhi-tezhi means getting to the Southern Kafue from Lusaka or the more central river based properties is quicker than ever before!

Why is now the time to visit the Kafue?

With wildlife sightings out of the top drawer and the variety of game and bird species unrivalled (the Plains Camp 2019 record was 27 different mammal species across a single day’s morning and evening game drives!), the better logistics and addition of Lake Camp is just making the Southern Kafue more appealing and easier to experience than ever before.

Visit our facebook page by clicking the image below to see the incredible warthog and wild dog mud wallow sighting.. https://www.facebook.com/watch/?v=826174414477815

We also have some EXCITING new specials and packages combining both camps, the central Kafue and even Victoria Falls – click here to see package details on the website. 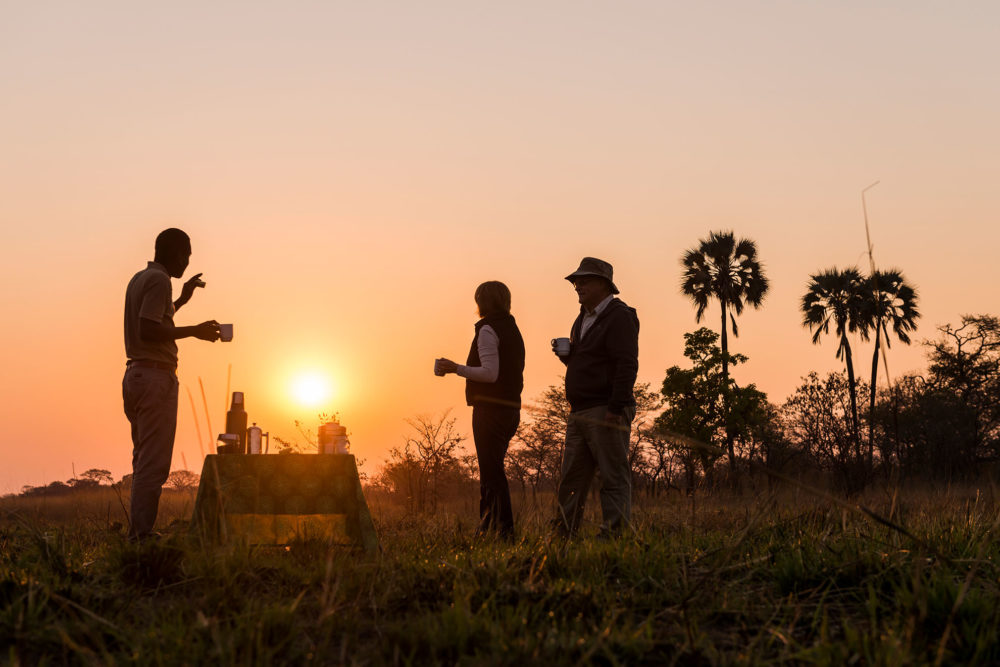 “When Steve and Cindy Smith first drove around the Nanzhila Plains area of the Southern Kafue National Park, the place was deserted! After 3 days of driving, the only sighting they had to show was a tortoise! Yet they decided to press on regardless, believing in the potential of the area.

It took time but by year 7, the game viewing was starting to improve and then in 2017, things started to improve dramatically and we started to enjoy regular sightings of an enormous variety of wildlife. Prides of lions started to breed in the area, leopard and cheetah sightings were consistent and the plains game numbers were all obviously increasing. Our high point probably peaked in August 2019 when a single day’s game drives (morning and evening) produced 27 DIFFERENT MAMMAL SPECIES!

So what caused the change? – YOU!

It wasn’t big NGO funding and it wasn’t extreme anti-poaching methods (although both of those would have helped and undoubtedly sped up the process) – no, the only factor that changed was the volume of people driving around the designated area looking for wildlife. Our clients. You. As more people visited this remote corner of Zambia, so their presence pushed back poaching and the local wildlife recovered in a reclaimed ‘safe zone.’ 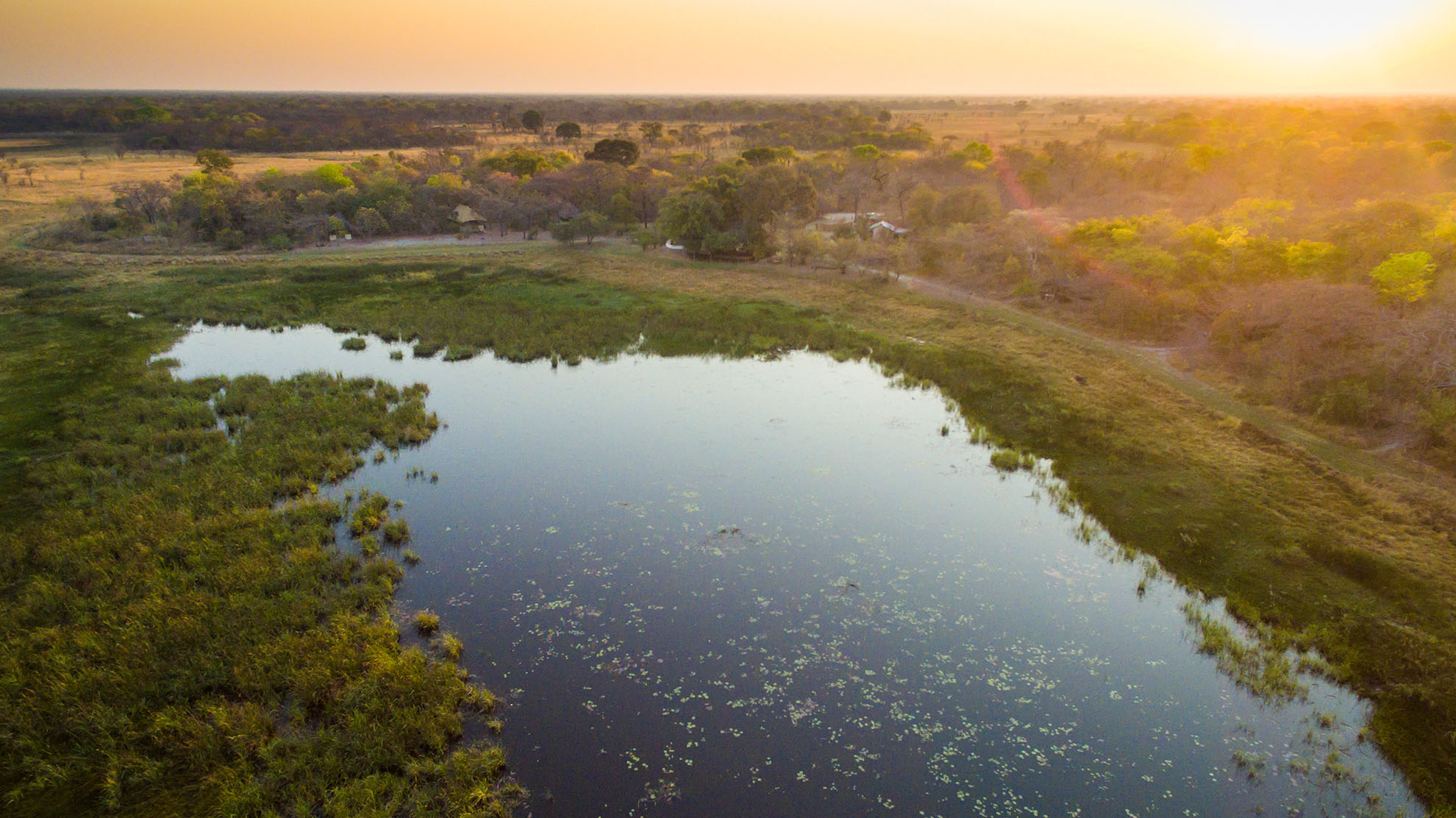 When the world emerges from the aftermath of Covid-19, there is going to be a lot of ‘re-building’ that needs to be done and so we are holding onto this lesson that even small starts by one family can have a big impact!” 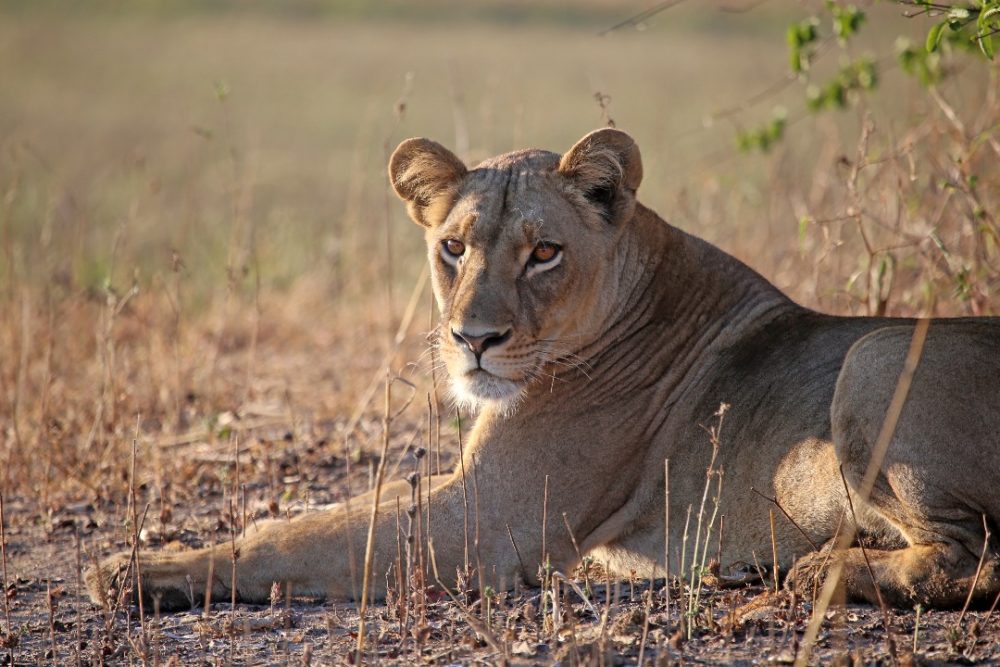 The scene is set for a ‘CRACKER’ year of game viewing

Did you know that Southern Zambia has experienced an incredibly poor rainy season and things are set to be much drier for 2019 than ever before?

END_OF_DOCUMENT_TOKEN_TO_BE_REPLACED 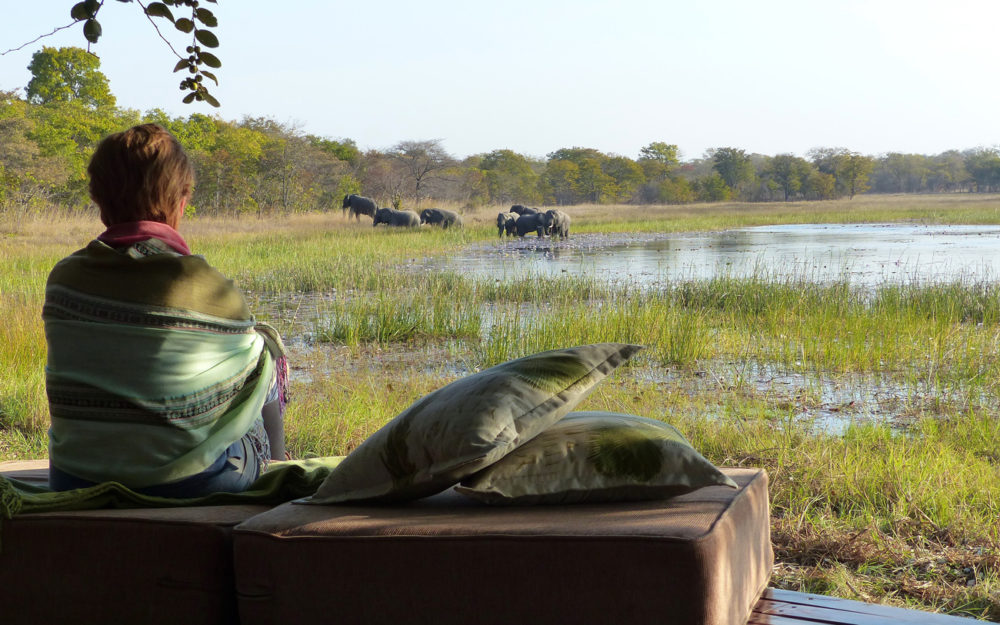 Start the search at Nanzhila!

END_OF_DOCUMENT_TOKEN_TO_BE_REPLACED 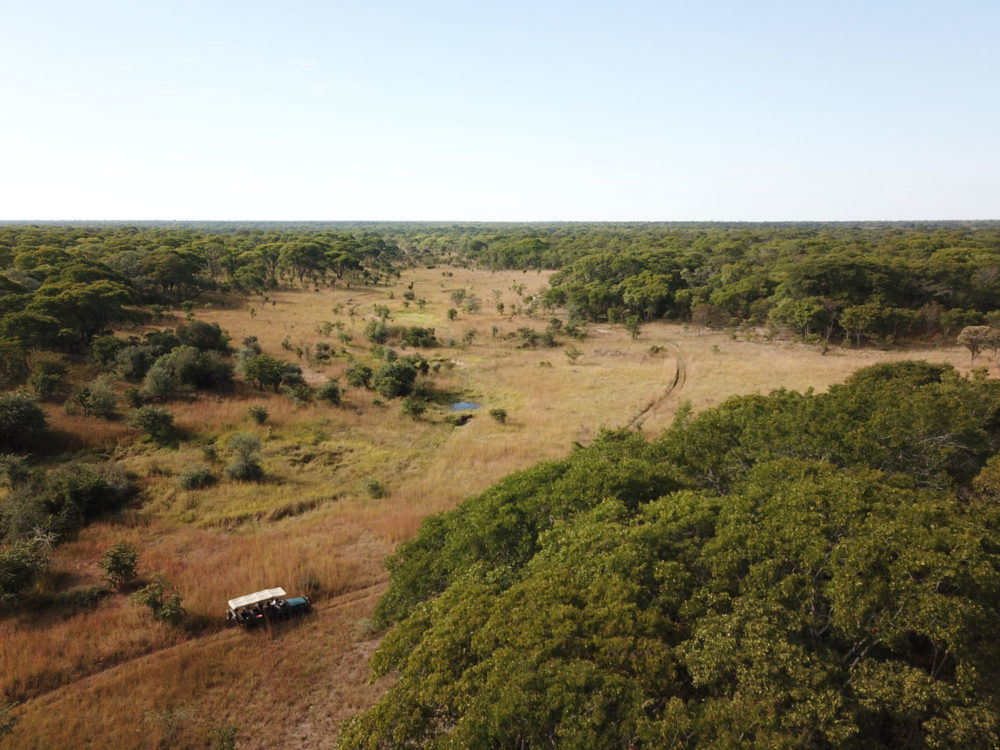 The 2018 Nanzhila season has been phenomenal so far! Despite the long grass and very late rains, clients have still been able to see Wild Dog a number of times and we now have a resident leopard that is being seen regularly. END_OF_DOCUMENT_TOKEN_TO_BE_REPLACED 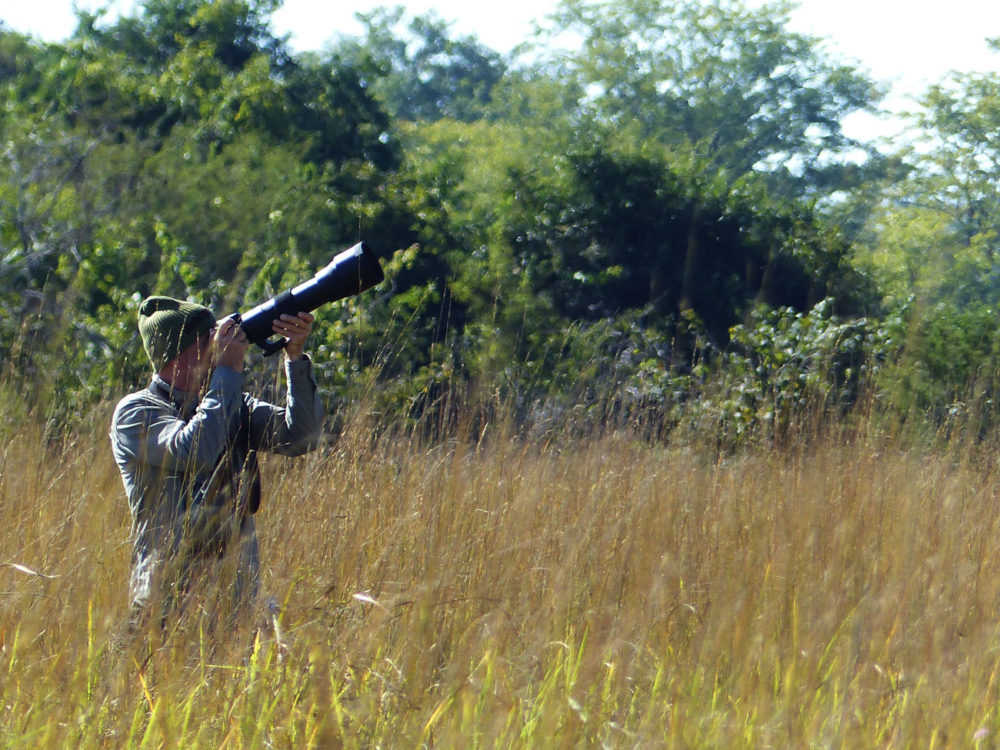 We’ve had a late start this year and its been all hands on deck preparing for the upcoming season that begins with our first clients arriving on the 11th.

Nearly all of our annual rainfall occurred in February, about 500mm. We’d normally plan getting into camp to start preparing for the season at the end of March but the area was inundated with water making access before mid-April all but impossible. So since mid-April we’ve added a new deck to the main nsaka, new window gauze in the chalets, re-varnished the window sills in the chalets and decking in the tents and dug an enlarged soak-away for the kitchen, in addition to all the standard maintenance and cleaning that takes place at this time of the year.

Having so much rain in such a short period of time has caused some erosion and wash-away on our main access road from Livingstone. At this time of the year the plains are under water and access to the lodge from Dundumwezi Gate is via the southern boundary and cordon roads. We are expecting the plains road to open sometime in July. Until then the transit time from Livingstone will be a bit longer than normal.

A consequence of the late rains is that we still have plenty of surface water around and the bush is lush and green and the grass very high. Absolutely lovely but it does make wildlife viewing somewhat challenging. Wildlife tends to be naturally dispersed at this time of the year becoming more concentrated as surface water dries up. The plains are still inaccessible so in May and June will be concentrating our game viewing efforts to the west, on higher ground, particularly in the Mafuta Loop vicinity and as far north as the Ngoma area and Lake Itezhi-tezhi, and bush-walking areas along the Kasha and in the Zebra Pools areas.

Although wildlife is difficult to see on account of the high grass we have seen most of the antelopes and plenty of evidence of the cats, particularly lion and cheetah, that at this time of the year tend to use the roads to avoid the grass. On the birding front most of the migratory species seem to have left for warmer climes but the residents are out in force. The openbill stork are still on their nests with active heronry’s up and down the length of the Nanzhila River.

It’s a first for Zambia! Hidden Gems of Zambia is hosting Kafue National Park’s first ever BIG BIRDING DAY ! 2 camps, 8 guests each and 48 hours to record as many different bird species as possible and claim the title of Birding ‘King of the Kafue!’

On the 9 – 12 November 2018, two Kafue safari camps – Nanzhila Plains and Kafue River Lodge will do battle (with 8 keen birders at each camp) to record as many different bird species as possible over a 48 hour period. The winning camp will receive the annual floating trophy and title ‘Birding King of the Kafue.’

The dates are set, the camps are ready – you just need to choose your team and which venue to go to!

What makes the Southern Kafue so special?

Secondly, the game viewing has rebounded incredibly. See the spread of species normally seen during a typical 4 night visit in the Southern Kafue below:

Finally – you will have 3000 square kilometres of Kafue National Park wilderness to yourself! Nanzhila Plains is the only safari camp in the entire region…so this is a real wilderness to be experienced the way Africa was meant to be enjoyed!

Sneak into the Kafue for 2 minutes!

[VIDEO] If you never got to visit the Southern Kafue this year, now is your chance…this could be the best 2 minutes of your week! Many thanks to the brilliant team from The Rusty Mokoro for their efforts in producing this video.